He has been re-visiting me in my dreams
some things just do not let go I guess
monster men are like that though, they stay
so he comes back uninvited into my thoughts
but why? I wish I knew, I can not say
a certain kind of smile, a dead eyed look

I wonder if it is the same way for you
sitting there surrounded by 4 white walls
injected with some prescription oblivion
will we ever be free, can you find hope
how do you slay monsters from the past
if I knew how, well bloody hell, I'd tell you

Brendan, I love you, do you know what I mean
I know how it is, I remember it all too well
you were a small boy, with no understanding
and I an even smaller girl with some I suppose
except I had none, can you know things so young
I knew how to keep quiet though, didn't we both?

I turned my back upon the open skies
I walked towards the forest's edge
I looked, paused, then looked again
and then I ran into it's dark heart
seeking in it's black inky depths
the solace of temporary oblivion

What kind of madness is this
to pour pain upon yet more pain
do I honour myself so poorly still
it seems so, for I do not stop
not until awareness steals off
leaving me prone on the forest floor

I knew of your impending death
prepared for sadness to part company
leaving only grief in it's place
is this how I honour your memory
this is not what you would want
and yet somehow this is how I am.
Posted by Jos 16 comments

Angels in the making

Some people are actually angels in the making
I don't mean the obvious ones, the saintly ones
although I suspect they might be angels too
but every once in while someone comes along
and makes your heart sing to a different tune
makes the world around you that bit brighter

And these I believe are angels in the making
people whose hearts are much larger than ours
who find space for almost complete strangers there
and then they wrap us up in such enveloping warmth
but more, they allow us to see the person within
by sharing their frailty they show their strength

You don't have to see them to know them either
sometimes not seeing lets the heart listen better
I have noticed that more than the usual sprinkling
of angels in the making are to be found on pages
a space where our hearts are freer to reach out
perhaps in some way we are all angels in the making.
Posted by Jos 6 comments

I didn't know that my heart
could break so silently
but it seems that it can
rainbows not withstanding.
Posted by Jos 5 comments 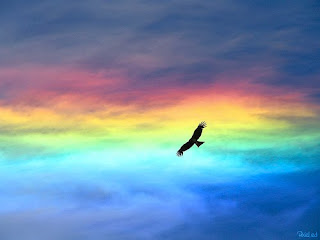 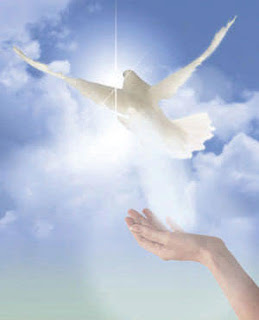 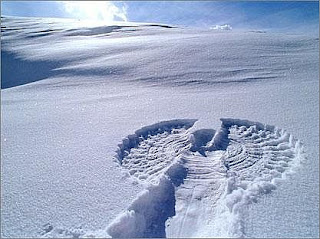 I remember you telling me once
that if The Creator put it there,
then it must be in the right place
that our souls would have no rainbows
if our eyes had not shed many tears
you see I was listening after all

I learnt a new phrase the other day
to use when special friend just won't do
heart-sister, what do you think of that
after all is said, still you know my heart
the unspoken things time did not allow
Gabriella I hear your voice still

I have removed my most recent posts which I wrote after seeing my dear friend Gabriella. Very sadly Gabby passed away during one of our visits together over the weekend. It's just that what I wrote was pretty much a function of my initial shock and grief ... it does not do any kind of justice to the deep and lasting friendship we shared.
Posted by Jos 4 comments

I know that you saw me watching you
I'd never make it as a secret agent
with the kind of subtlety I employ
Yes, I did hold you a second longer
during our hello hug, I was checking
which I know you know and hate too

But you see for far too long now
I've let myself fall for the disguise
turned a blind eye towards the obvious
the baggy clothes, your over bright smile
do you think your fragility doesn't show
that it makes you any less in my eyes

Are you afraid that I will say something
well, you're not nearly as scared as me
I'm all to aware of how frightening it is
to let anyone in to see the real struggle
the tangled web of half truths exposed
how to make a start with re-assurances

I know about the massive gulf there is
between mere aquaintance and friendship
but I don't know whether you see that
you call me friend, but do friends do this
and here again I question the balance
between unwelcome interference and help

I am no expert here, not even close
but your pain is palpable and real
where is the path that makes it possible
to allow one another the dignity and space
to find a way through all this stuff
whilst allowing us also to stand alongside

If I wait to find out I risk even more
because I know that you saw me watching
so I thought ... what if I write it down
that way you'll know that in spite of fear
there's comfort in shared understanding
I just wanted you to know that I'm here
Posted by Jos 3 comments

For the giantess in my life

"I like being people too" I said, looking down at him
"but if we weren't people what would you like to be?"
and thus began the kind of conversation I love to have
eyes alive and dancing with all of these possibilities
we range through being sharks, to rocks, to trees
taking a predictable route through jungle animals
insects, birds, crocodiles, yes that sounds like fun

He'll be disappointed to learn that we don't change
even if we really really really want to be different
we stay being people ... well, at least we seem to
he won't be in the least bit satisfied with "let's pretend"
and I don't blame him one little bit, he wants "real"
he wants to swim in the sea and hunt other fish
to fly around like a bat by sonar and hang in caves

But then why do I assume that change is impossible
why allow myself to close these doors in my mind
curbing my big person instinct to correct and re-direct
I ask instead "how will I know it's you if you're a bat?"
I wouldn't want to gobble him up in my crocodile guise
and here the young mind shows that it's in it's element
well we'll know by our eyes of course. Oh, of course.

We get home and take down the big science book
it's a firm favourite with all of it's colourful pictures
we want to look at all the kinds of eyes there are
and you wouldn't believe the variety of them all
big, small, round, oval, slitty, slotty, sideways on
it seems that we'll have to find a better way to know
I leave him to ponder that one tucking him up in bed

Do you ever watch children when they are sleeping
I do. Being an auntie involves this precious privilege
I watch as indescribable dreams flit across their faces
stirrings that sometimes lead to all out flailing about
trusted to be on hand for the odd awakening shout
soothing small boys with my big person presence
re-assuring them that I guard against night monsters

There is something so healing about being here
seeing and almost living a different kind of childhood
contributing in my small way towards a better history
and whose generous heart makes all of this possible?
well you see, I have a sister who is my very best friend
she's my little sister, who's taller, but still littler
except in the things that matter, she's a giantess there.
Posted by Jos 3 comments

Pre-dawn soccer playing in the rain.

How are your present wrapping skills
good, bad, indifferent, how can you tell
well, try wrapping up a soccer ball
no cheating, only paper, and not too much
then present your present to a 4 year old
asking can you guess what it is, can you?

But be prepared because despite the weather
or the fact that it is just after 5 am
that it is raining ... that it is still dark
soccer will commence despite these small concerns
after all, all small boys have flashlights
and they carry spares for forgetful aunties

So venturing forth into the rainy darkness
we share a doubtful look, will this be fun?
well here is where aunties must show their worth
with a whoop I dash towards the farthest goal
thanking my lucky stars that the ball is white
and that the wet ground is soft if sludgy

Slip-sliding my way across what once was lawn
but has long since now become a mucky mire
I skid, then slip, then bum-slide along
but the ball ... goes ... in! GOAL I yell
and picking myself up I gather my nephew
into the biggest muddiest birthday hug ever.

There are fewer better ways to start the day
that leave an otherwise average middle aged woman
resembling in all but size a 4 year old child
than full on pre-dawn soccer playing in the rain
and tomorrow when I look at the resulting bruises
I will, I absolutely will think it was worth it.
Posted by Jos 5 comments

The nature of hope

I have long been a believer in hope
although not always sure of it's source
or indeed of it's purpose if any
but there is power in small words
and for me the two that resonate
in the deepest chambers of my heart
have always been joy and hope.

Because hope is not vanquished
although it's light can seem very dim
it waits only as it dare not encroach
on what looks like a hopeless situation
but here the secret is to look again
and if for any reason strength fails you
I will pray, I will gather hope's strength

Did you know that you are a source of joy
perhaps I've have neglected to tell you
assuming as I do that your heart knows mine
and thus I need not mention this
it's in the constancy of your kindness
the wickedness of your raucous laughter
what, you don't think I can hear it from here?

On days when you feel no hope at all
I want you to know that it stands there
an invisible fiery angel with feathery wings
it stands right next to you dear heart
perhaps just beyond your vision for today
but later on ... who knows what awaits
and isn't that just the nature of hope.

All my love. Always. xx Jos
Posted by Jos 6 comments