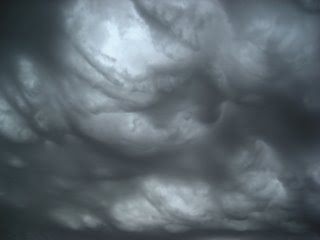 If I respond to the intensity and immediacy of my emotional state
am I doomed to repeat every mistake I have ever regretted making
might I find that regret itself becomes a perpetual state of being
so much so that I become unable to distinguish worth from worthless
for such is the worthlessness of regret that it comes full circle
masquerading as stepping stones along the path towards wisdom
Instead I might rage against the idiocy that resides inside my own mind
unleashing upon it the scorn of a knowledge hard won but fragile still
in that the things we know are not synonymous with the things we feel
and into that apparent paradox comes the thorny question of will
will I do what I want in the moment or what I want in the longer term
can I build up my resistance to the former in favour of the latter
In the process of doing so do I not run the risk of losing all spontaneity
as if this were a characteristic I have ever been capable of hitherto
risk taking is not of my nature but neither is courage and yet I want
oh yes I want, but I do not want that which what I want means
in a world without consequences freedom itself becomes meaningless
but then so too does responding to the immediacy of what I feel
Instead shall I wait it out, letting these things pass in the way
that all such things however intense and demanding eventually do
shall I instead seek some solace in the diversions of doing
there are other things besides doing but I know not how they work
and in trying to work out how they work all I succeed in doing
is reminding myself of the futility of a rage otherwise unexpressed
All storms blow themselves out if you give them enough time
the trick is to understand that we are always and without fail
far more resilient than we ever give ourselves credit for
at times it can feel like failure just to feel the way that we feel
to weep at nothing more consequential than an inability
to work out that there are some things I just can't work out.
Posted by Jos 8 comments 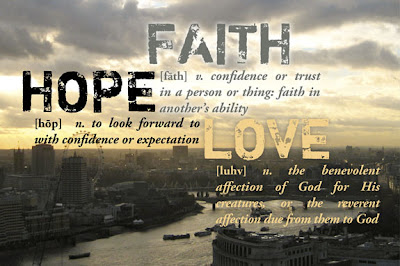 I am a "look before you leap" sort of girl. When people tell me to "have faith" or worse still tell me that "it'll all work out to God's plan" I have to grit my teeth so that I don't come out with an expletive to fully express my doubts and to some extent my derision of such an approach. For a notionally open minded person I am becoming increasingly aware of my close-mindedness. No bad thing. In my life personal growth has not been linear but these days it is a constant nonetheless. I don't so much take strides as inch my way forward in increments so small as to be almost infinitesimal.

I do not have faith.

I have hope. I have wishes and dreams, wants and desires. I have goals and plans. I have love and friendship. I have all these, but I do not have faith.

I used to try to believe in a Creator God in the Judeo-Christian mould but many years ago my questioning of the framework within which this 'almost-faith' resided brought the whole shebang tumbling down. My faith was of the kind that the apostle Thomas would have understood well. It was riddled with doubts and questions. Inevitably and inexorably I lost what I never really had because my faith, such as it was, was not sustainable. It could not withstand even my own scrutiny.

Living a faithless life is not without wonder or awe as some might imagine, but I do miss the comfort of having faith.

Wind forward to today. I am endeavouring to find a framework within which I can honestly and with integrity hold fast to a Higher Power ... a "God of my understanding" no less. This is no academic exercise. And it's hard to explain the necessity of this except to say that it is a necessary part of the 12 Step approach to "recovery."

One of the things I am learning about at the moment is honesty. For me this means saying "I don't know" a hell of a lot more of the time than I used to because I'm trying not to just say what I think the other person wants to hear.

A lot of the time I don't really know what I think or how I feel. When I say that personal growth has been a constant feature of my life lately it would seem self evident that there is still some way to go. It's a strange place I find myself in just now ... it's like I don't really know who I am. And yet at the same time it's kind of nice too because I might even get to find out.
Posted by Jos 3 comments

Things are not what they seem 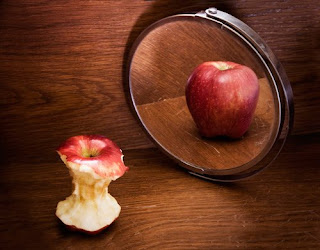 If I could change anything
right now
I would swap what is
for what could be
if only ...

We talk about acceptance
don't we?
But what do we mean?
Do we mean accepting what is
what we think is
what we hope is
which version of being
shall I be today?

I shall be the me
of the moment
and try to hold on to the fact
that even if tomorrow
this feels unreal
today it didn't.

Tenses are what we make them.

Life's moments are so fleeting
so why do I find it so difficult
to appreciate what I have?

Or is it because I need only turn my face
and look out the window
to see an altogether different reality
beckoning me onwards.
Posted by Jos 2 comments