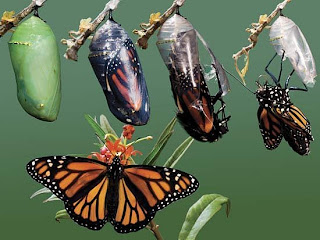 When my step-father married my mother he did not become my step-father, rather he became my mother's husband. I had already left home by the time they married although I was there through some of the two years of courtship leading up to their marriage. I liked John well enough but we weren't close. I wasn't one to trust easily and he wasn't one to impose himself on anyone. We rubbed along and I was glad to see my mother happy.

I got to know John better when my workplace was forced by the economic downturn of the early 80's to start working a 4 day week. I was an apprentice at the time and had little enough money to support myself so this was an unwelcome development. John offered to take me on to do "bits and bobs" on a Friday ... no pay but travel and lunch included. I figured it was better than sitting about in my bedsit so we agreed terms.

John is one of those people with a natural gift for teaching. His knack is to make any task seem quite straightforward, thus instilling you with such confidence that even when he wanders off to do something else you feel able to carry on with the task at hand. This wandering off was itself a teaching technique much employed to further engender confidence. You learn more by doing than you can ever hope to learn by watching or listening to someone else.

Under his tutelage I learnt how to lay down carpets, upholster a chair, paint a sign, hang a picture, put up a shelf, patch an oil painting, repair a chip in a gilt frame, build a partition wall ... all these things and more. But what I learnt most of all is that I am capable. What a gift he gave me in that knowledge. It was during this period that John and I developed our enduring friendship .... a friendship that has lasted for 30 years so far, and I hope for it to last much longer yet.

A month ago John had a serious stroke. He lost his sight, much of his power of speech, and he completely lost strength down one side. A stroke seems such a gentle word to use when describing such devastation. And he is devastated. We are all working hard at staying positive, at being supportive and lending a hand. It is hard for John to accept our help. He has always been the helper rather than the helped and it's a terrible blow to his pride.

Last year John started talking to me about his fear of death. He hates the idea of leaving us all, hates the idea of getting weak and feeble ... and ill. Helplessness appalls him and I can tell that he is utterly appalled at finding himself so in need of our help. Beneath this is his palpable fear that this is the beginning of the end ... death awaits and indeed is rushing towards him ... coming faster than he is ready for or feels able to accept.

In the wake of recent events I have been spending more time with John and far less time online than I envisaged previously. I love blogging and I miss it ... miss visiting you and reading your news. I will get back to it when I can.
Posted by Jos 9 comments