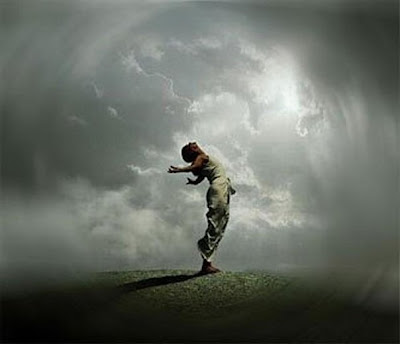 Some truths are hard ... hard to say and sometimes even harder to accept.

I have started to recover. I am still sober and I'm pleased about that (at least on some days) but that is only the starting point. Just over 8 months ago I made what might well turn out to be the best decision I've made in my life so far. I decided to re-commit myself to trying to recover my life from the general whirl and re-establish some form of order in what was becoming an increasingly chaotic existence.

Anyone who has not needed to do this cannot hope to understand. I say this not to exclude anyone but to excuse myself from having to explain the inexplicable. How otherwise bright articulate caring people slip into addiction only goes to illustrate how insidious it is once a toehold has been established.

One of the hardest things about addiction is the lies we tell ... to ourselves ... to others. Not least of these lies is that we are in control of our drinking. The alternative seems unthinkable, shameful.

Sometimes the truth is so hard to accept that the alternative ... despite being untrue ... is so much more palatable that we find it easier all round to ignore that part of us that knows the truth and focus instead on distorting our reality in order to accommodate the untruth.

We internalise these lies and attempt to give them the status of truth.

To do this we must become adept at ignoring the very obvious evidence that mounts up despite our best efforts to carry on a relatively "normal" existence. Risk taking, deceptive behaviour, spiralling consumption, health consequences, financial consequences, relationship breakdowns, work performance deterioration .... on and on the list goes. It takes quite some doing to become so adept at either ignoring these factors or attributing them to other causes.

All of this in turn leads to dissonance .. a discomfort of the conscience so profound that it's effects can be felt throughout all aspects of our lives. Slowly and almost imperceptively we start to lose a sense of ourselves. This is what happens when we lie to ourselves ... when we attempt to force an untruth upon our consciences.

Drinking and other addictive behaviours are a salve. They ease internal conflict by dulling our senses down entirely. In the long term this becomes a semi-permanent state. Akin to depression this dulled down state becomes entrenched to the point where we see little point in living our lives. Almost every recovering addict can point to a time during the active phase of their addiction when they considered ending their lives.

It's funny because I never thought that alcohol affected me when I wasn't actively drinking. It seemed so self evident as to be laughable and yet I'd failed to take into account the difference between intoxication and the all-pervading toxic affect that addiction has on our lives.

And I failed to take into account that recovery is about more than stopping drinking. It's about recovering me and a sense of myself. My place in the world. This here and now world ... not some convoluted fantasy made up in my mind. It's about accepting that I am who I am, and I've done what I've done. I don't really know this woman that I am any more. It scares me to feel so intently this dis-location as I move from unreality towards a more permanent reality. I know it's good ... and I know it's progress. Some truths are just hard.

I will be mostly offline now until mid-August. I hope to get around to more regular blogging after that. xx Jos
Posted by Jos 10 comments