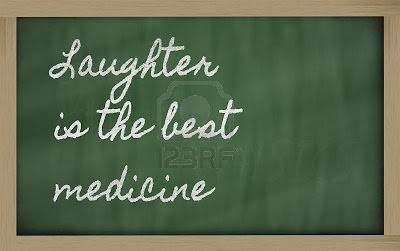 There are 365 days in a year. But every 4 years we add an extra day to make the adjustment required to bring earth seasonal time into line with astronomical time …which is based on the earths revolutions around the sun.

We call it leap year because whilst normally we can track the day a certain date will fall on simply by adding a day onto the day that date fell on the year before, in a leap year dates after February 29th fall two days ahead, thus “leaping” a day.

Anyway you look at it there are a lot of days in half a century, and I have now lived that many days. Today I am 50.

Ageing is strange and wonderful. I have grey hair, I have wrinkles, saggy baggy wobbly bits and bobs … all that good stuff. My wrinkles are where they should be and there they will stay … more likely they will deepen and that’s OK with me. My laughter lines are becoming deeper and hopefully will in time overtake the frown lines that furrow my forehead.

I laugh more these days. I have reason to. I always did have reason to but I forgot and then forgetting became something I did a lot. Now I try to remember instead and laughter comes from a good place as a result.

Mum and John came over for lunch on Sunday. It’s the first time mum has left the house in weeks. She managed to walk from the car to the house and stayed awake for nearly 3 hours which is a long time these days. We mostly chatted about knitting. Under her expert tutelage my jumper is coming along albeit slowly. I knit at what might be described as at a deliberate pace at best.

John’s brother died a couple of weeks ago and a week before that one of mums best friends died. It has become something of a regular thing now that one or other hears of a friend or a friend of a friend who has died. John is the last of his generation within his family, so is mum.

Time is strange isn’t it? This time last year my sister and I were busily planning an all day outing for Mothers Day when the news fell that the cancer was back. It’s like being sucker punched hearing news like this. There’s nothing to say that’s right because there are no words powerful enough to stop the feeling that nothing will be the same thereafter. So Mum started chemo and we were all dreadfully worried and scared for her. A year later she is frail and there is no denying the marked deterioration in her physical state. Mentally though she remains remarkably alert insofar as her perpetual fatigue allows.

Mum and I talk much more about the past now that the future feels so uncertain and to some degree an irrelevance. I enjoy hearing about her life. It feels odd and somewhat remiss of me that I am only now getting to know her in such a different way. She is an amazing woman and I don’t know how I didn’t fully realise this before. I guess I was so busy thinking of her as my mother that I forgot to look at the rest of who she is. I dread her becoming so frail that she is no longer herself. I hope that she will pass peacefully when the time comes.

In the meantime there is cake to eat and daffodils to enjoy … stories to tell and photos to look at … music to listen to and cross-words to puzzle over. And there are chats by the fire. Laughter is yet another way of saying “I love being here with you”. Sometimes we just feel right don’t we?